It’s been a fantastic summer for wild flowers in the Peak District (UK), I don’t ever remember seeing so many orchids! Of particular note were the Bee Orchids (Ophyris apifera), which flowered in incredible numbers in some sites and were far taller than in previous years. 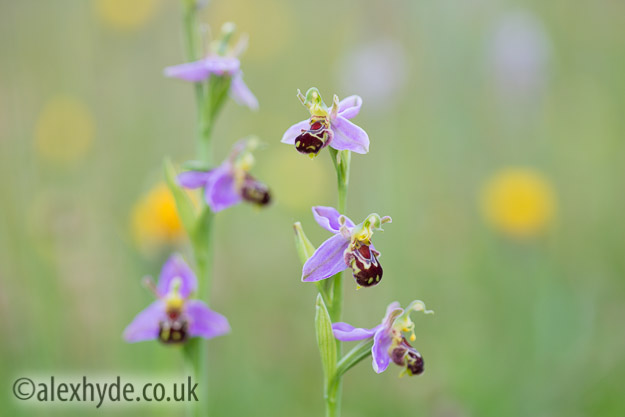 Perhaps they were helped by the mild winter we had, but whatever the cause of the orchid boom this year it has been a real delight to spend long summer days in the meadows working with these most delicate of subjects. 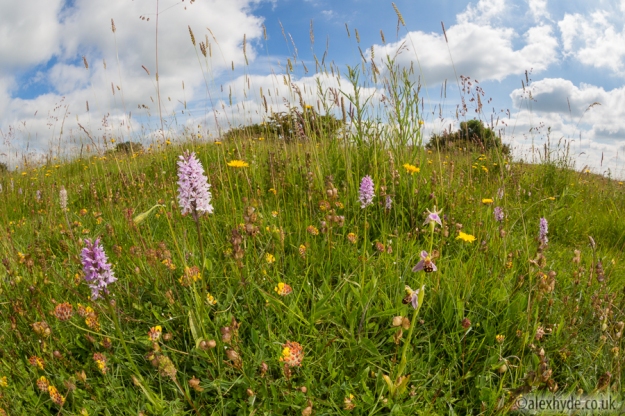 Above is a habitat shot (captured with my Canon 8-15mm fisheye lens @ 15mm) to show the context the orchids grow in. Such pictures aren’t always composed to be pretty in their own right, but rather to help tell a story as part of a bigger picture set. I could spend all day exploring just these few square metres of meadow, it is heaving with beautiful macro subjects! 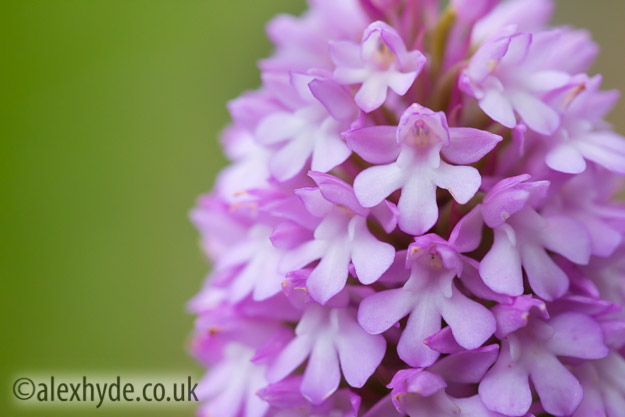 I like working at high magnification to show the intricate structures of the orchids, such as this pale form of a Pyramidal Orchid above. Here I have used a Canon 100mm macro lens with a very wide aperture to send the background out of focus. Another technique that I enjoy is commonly referred to as ‘field studio’ work. In this instance, it involves me putting a piece of white card a couple of feet behind the orchid growing in a meadow and blasting the card to pure white with an off camera flash gun. If I take several such photographs I can easily create a composite later in Photoshop. 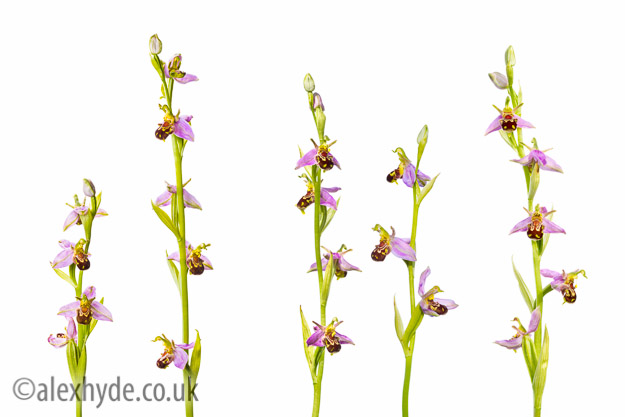 The creative possibilities with subjects as elegant as orchids are endless and by the end of each summer I am left full of ideas to try the following year. Fingers crossed next year’s display will be as amazing!